Canalys’ (www.canalys.co) recently published country-level forecasts predict that over 1.5 billion smart phones will ship in 2016. Despite turbulence for certain vendors and countries, the industry will still grow by over 10% this year thanks to new opportunities. The research group estimates total worldwide mobile phone shipments of just under two billion units with the smart phone share at 77%.

Industry growth is decelerating, making it a much tougher environment for vendors. In the fourth quarter (Q4) of 2015 in Asia Pacific, the total mobile phone market shrunk annually for the first time ever, with shipments decreasing by 2% to reach a total of 263 million units. In China, total mobile phone shipments reached 117 million units, with year-on-year growth of 3% in Q4 2015. Smart phones grew 5% annually as vendors such as Xiaomi and Huawei released new devices. Smart phone shipment growth in Asia also came from India, Indonesia and the Philippines.

“Growth in 2016 will come from budget-conscious first-time smart phone adopters in emerging markets outside the BRIC countries,” says Ishan Dutt, a Canalys research analyst in Singapore. “Countries such as Pakistan, Bangladesh, Myanmar and Sri Lanka are gaining interest from smart phone vendors as operators in these markets move from voice to data-driven services. Subsequent upgrades and refreshes will largely depend on the value that data can provide to these consumers, which will require a strong ecosystem.”

Smart phone shipments to all of Asia Pacific are expected to exceed the one billion mark in 2019. In 2015, the North American smart phone market shrunk slightly by 0.4% year on year. It was affected by the huge upgrade cycle that has taken place through mobile operator promotion.

Canalys expects smart phone shipments to grow by 4% in 2016 to 182 million, with growth driven by shortening refresh cycles as carriers move away from two-year contracts. Latin America represented less than 10% of global smart phone shipments in 2015, with currency fluctuations and weakening economies slowing the high growth previously seen in the region.

“There are still strong areas of opportunity for smart phone vendors” says Dutt. ‘Those that have the finances and resources to invest in not only hardware innovation, but also developing and supporting channels and services in new and existing markets will create the right environment for growth.” 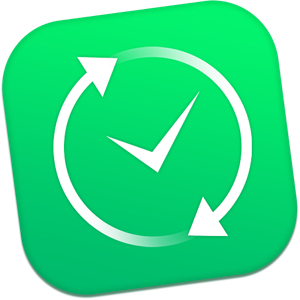 XwaveSoft releases Chrono Plus 1.0 for the Mac