Cloud spending represents about 8.5% of all IT spending by the federal government for fiscal year 2016 (FY16), according to a new report from IDC Government Insights (www.idc.com). That represents a significant increase from the roughly 5% dedicated to cloud in fiscal year 2015 (FY15).

In a new report, “Federal Cloud Growth Is Substantial Through 2019, But Provider Landscape Is in Flux,” author Shawn P. McCarthy examines the impact of ongoing efforts by the U.S. Federal CIO Council and the Office of Management and Budget (OMB) to get government agencies to move some types of IT systems to the cloud — particularly new systems, stored data, and mobile solutions — as the use of cloud-based solutions continues to grow in the U.S. federal government.

According to the report, federal cloud spending for FY15 actually came in at more than double what the Office of Management and Budget (OMB) originally predicted when the FY15 budget was originally released. This increase likely was accelerated because of the cost savings that some agencies achieved by moving toward hosted solutions. As in the previous two years, OMB has predicted only a slight increase in cloud spending for FY16.

The current estimate is just over $6.7 billion for FY16. The increased level of spending on cloud solutions indicates that OMB’s pressure on agencies to move to standardized cloud-based solutions is having a significant long-term effect.

The report goes on to note that while total cloud spending is going up, the nature of cloud spending itself is changing. For example, the way that the government labels its cloud categories is shifting. Last year, infrastructure as a service (IaaS) was the largest spending category, followed by software as a service (SaaS). However, this year, the federal government added a new cloud category simply titled “Other.”

This other category immediately became the top bucket for cloud spending. This reflects the fragmented nature of cloud solutions, in that there are some types of calls to cloud-based databases, application programming interfaces (APIs), and shared services that don’t fit easily into the current cloud categories. 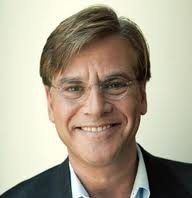