Etter Studio, in collaboration with publisher Bitforge, has released Dreii (http://dreii.com/), a physics conundrum game, on Steam for the Mac, PC, and Linux, the Apple App Store for iOS, and Google Play Store for Android. It’s a puzzle game that connects players in real-time across the world to help each other with logic and skill in a battle against gravity.

Dreii is not only cross-platform but cross-cultural with a universal communication tool that allows players to speak to others, wherever they are in the world with simple words that get translated into 19 different languages. Each player also has his or her very own instrument, as avatars work together to form Dreii’s unique universal orchestra, creating a unique musical landscape, inspired by archaic instruments and ancient melodies. 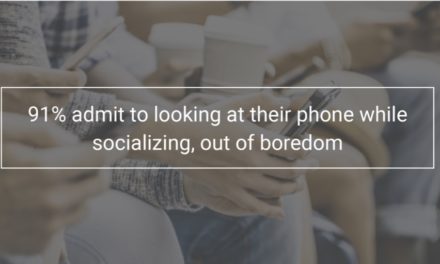 Report: we’re getting increasingly addicted to our smartphones