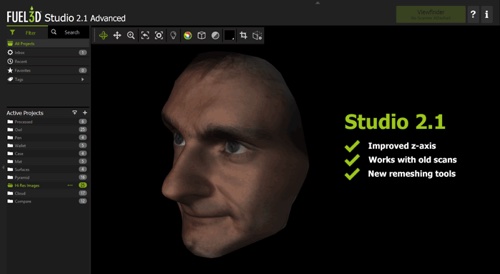 Improved Z-axis cloud processing can be applied to previous scan files without the need to re-scan the subject. Users simply open any file previously captured by SCANIFY and re-process via the new cloud option in Fuel3D Studio.

The introduction of cloud processing (currently running in beta) helps to remove the burden of 3D scan processing from a computer or tablet by executing the new algorithm on Fuel3D’s servers. Access to cloud services is provided via a menu function in Fuel3D Studio.

Elven Legacy comes to the Mac