The shift in consumer online video viewing habits is changing rapidly, according the latest survey of more than 1,200 consumers from Limelight Networks, Inc. (www.limelight.com), which specializes in digital content delivery.

According to the second semi-annual “The State of Online Video” report, more than 83 percent of consumers watch on-demand video, an increase of four percent since April 2015. The percentage of consumers watching four or more hours of on-demand video a week increased to more than 36 percent as compared to 30 percent in April 2015. Among Millennials, the greatest jump is in those that watch 10 or more hours of video per week (nearly 20 percent vs. 15 percent in April 2015), perhaps a tell-tale sign they are binge-watching more often than their counterparts in different demographics.

How are consumers watching on-demand video? A growing number are doing so on their TV, either through apps on Smart TVs or connected devices such as Roku, Apple TV, Xbox One or Sony PS4. This creates a challenge for content providers – ensuring broadcast quality to many devices – as consumers will abandon an on-demand video if the quality is poor.

The latest Limelight survey includes insight into the perceptions and behaviors of the Millennial generation with regards to the consumption of TV programming and online video. In addition to the fact that Millennials consume more video per week than other groups, it also revealed the following:

° Cord-cutting is increasingly driven by content availability. In its April 2015 survey, Limelight found most consumers would terminate their pay and cable TV services “because the price keeps going up.” The latest survey showed this is changing, with access to content—getting the content directly from content owners, live events more prevalent online, and content availability via antenna— becoming more of a factor than it was in the past.

° Millennial patience with video buffering may be waning. As compared to April 2015, Limelight found a 35 percent increase in the number of respondents who would abandon a video after only one buffering event, indicating an erosion of patience for video interruptions.
Additional key findings revealed in the report include:

° Apps on Smart TVs are the go-to source for viewing video on the television. Despite the rash of OTT devices on the market giving consumers more choices than ever for how they watch their online video content on their televisions, the Smart TV still represents the device that most consumers use for watching OTT content.

° When it comes to OTT devices, Xbox is leading the market with Sony close behind. Based on survey responses, the Xbox is clearly leading the market for “multi-function OTT devices” at 28 percent, followed by Sony’s PS4 at 23 percent and Apple TV at 16 percent. The survey also included the new Amazon Fire TV Stick, which achieved 8 percent of market share, just slightly behind Roku at 11 percent. 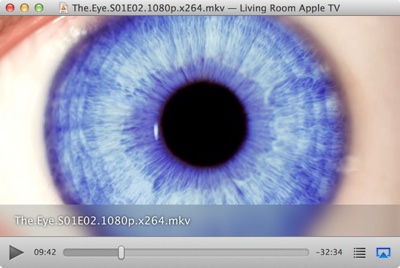 Apple products among most popular at NAB

Info needed on firefighting software for the Mac