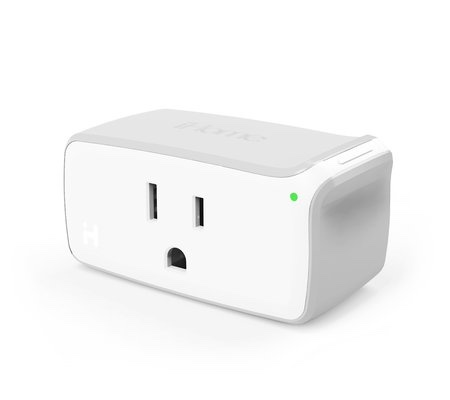 iHome has announced the first major update to its iHome Control iSP5 SmartPlug. The upgrade makes the smart plug compatible with Wink and Nest devices.  The additional platform compatibility joins that for iOS and Android support.

With the recently announced “Works with Wink” compatibility, the iSP5 can now be integrated with hundreds of other Wink-compatible devices to achieve deeper home automation through Shortcuts and Robots in the Wink app. In addition, through its connection with the Nest Learning Thermostat, the iSP5 can automatically turn the Smart Plug on when users are home and off when they’re away.

The US$39.99 iHome iSP5 SmartPlug (http://www.ihomeaudio.com/iSP5WC/) can set schedules and remotely control holiday lighting and gadgets, as well everyday household items such as lamps, portable heaters, fans and other small appliances under 1800W from anywhere using the free iHome Control app.  Additionally the iHome Control app can create custom scenes to control numerous SmartPlugs with tap of the screen or use Siri voice commands to control your devices.

In addition to Wink and Nest connections, the iSP5 update also improves performance and addresses bug and stability issues.