Managing Editor Inc (MEI) has announced that TruEdit can now integrate and connect to over 500 popular apps.

TruEdit is now equipped to integrate with more than 500 apps on the market such as Basecamp, Gmail, Twitter, Dropbox, Mailchimp and Evernote. For users of SaaS apps, these connections allow for increased productivity in the creation process with TruEdit, says Craig Roth, senior vice president of sales, MEI.

TruEdit users can choose from specific integrations for each app. For example, a user could place a file in a Dropbox folder, which would automatically create a new job in TruEdit. For avid social media users, a tweet could be automatically generated for the creative team each time a job is created or altered.

Other updates in the latest release of TruEdit include export of the TruEdit grid, filter of custom metadata, support for OS X 10.11 (El Capitan), and user interface enhancements in the web client. Go to www.maned.com for more information. 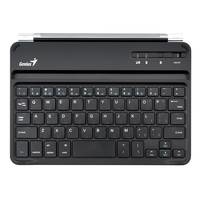