Ipswitch’s “2015 Wearable Technology Survey” (www.ipswitch.com) polled 288 IT professionals in the United States. The survey revealed that more than half of the respondents (52.7 percent) now have users wearing technology to work, a growing concern for IT pros.

IT pros’ top concerns with a high adoption of wearable technology in the workplace included security breaches (61 percent), more work to support more devices (45 percent) and decreased network bandwidth (36 percent). When asked if they had IT policies in place to manage the impact of wearable technology, nearly two-thirds (66 percent) did not while about one-quarter (24 percent) did have such a policy.

“Wearable technology might be convenient for the user, but it’s inconvenient for IT pros to secure and support,” says Aaron Kelly, Vice President of Product Management at Ipswitch. “Fortunately, IT pros can be better prepared to deal with people like me, including my Apple Watch and Fitbit, with tools to provide total visibility into network discovery and dependency mapping including Ipswitch WhatsConnected. A clear picture of what is happening helps to ensure that wearable technology isn’t going to affect network or application performance.” 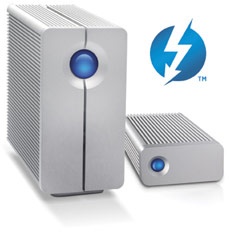