Here’s how the expansion pack is described: “Global Conflict returns the online castle builder to its PvP roots by massively expanding the playable game world. Firefly’s online battlefield now includes almost every country in the world, allowing for warfare between cities, inside countries and across entire continents.

“Battle across a sprawling map of the earth, with 151 countries in one massive game world! True grand strategy has come to Stronghold Kingdoms with the arrival of the Global Conflict world map update. The number one requested feature by players since the release of ‘Europe’, this new world map opens up completely new strategic possibilities for all players from newbies to end-game veterans.

“With its largest game world ever, Stronghold Kingdoms: Global Conflict contains hundreds of countries populated by thousands of real world players. Each has their own agenda, goals and moral compass, so be careful who you trust and make peace with. All it takes is one silver-tongued officer among your ranks to bring down an entire Faction or House!

“Following in the footsteps of Stronghold Kingdoms: Rise of the Wolf, Global Conflict introduces new gameplay in the form of a grander scale and renewed emphasis on PvP (player-versus-player) combat. Fundamental to Kingdoms’ design, PvP is the focus of this new world. Global Conflict returns to the game’s roots as an online battle of wits, nerve and resources between Lords and Ladies. Players must strategize amongst themselves to take and hold everything from small islands and city states to huge countries spanning entire continents.” 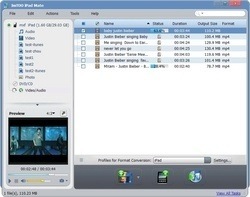