Consumer and advertising expenditure on handset-based mobile media will rise 12 percent in 2015, and approach US$425 billion by 2021, according to Strategy Analytics (www.strategyanalytics.com).

Consumer demand for accessing popular internet services and apps on mobile phones, including Facebook, YouTube, Spotify, and mobile games, among others, continues to increase, supported by the growing penetration of rich media smartphones and improving data connectivity, via LTE and WiFi networks.

“Mobile operators stand to benefit from rising demand for mobile data. The total number of mobile data subscriptions will reach 2.3 billion by the end of 2015 equating to almost half of unique mobile users,” says Nitesh Patel, director of Wireless Media Strategies, Strategy Analytics. “Not surprisingly, we are seeing strong growth in emerging mobile data markets, and in particular where smartphone ownership is rising fast. At the end 2015 the Asia Pacific region will account for just over half of worldwide data subscriptions.”

David Kerr, vice president, Strategy Analytics adds: “The strong growth in mobile advertising is being driven by a combination of factors, which includes increasing consumer dependence on their mobile phones for accessing popular internet services and apps, greater participation by brands and business in engaging users via their mobile phones, and an increasingly mature mobile ad-buying ecosystem, particularly with respect to programmatic advertising.” 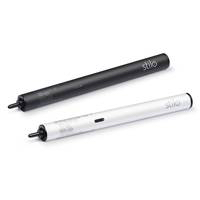