The latest iOS apps for Sept. 18

Darin Myman has announced DatChat Secret Messages & Hidden Picture. It’s a free app that allows you to change how long your messages can be viewed before or after you send them, prevent screen shots and hide encrypted messages on your camera roll. DatChat offers you a traditional texting experience while providing total control and security for your messages.

Peter and Benita Schontag have introduced EZ ABC Keyboard. It’s an US$1.99 custom keyboard that makes all the standard letters, numbers and symbols available on three individual screens. The app offers three-tap access to all characters to make the entering text, numbers, and symbols more efficient.

Flight Systems has released Wrecked. In the free vehicle destruction game,your goal is to cause a maximum amount of devastation and destruction as you crash into oncoming traffic.

Therapy Box has launched a specialist app range targeting speech and language skills for preschoolers. Speech sound discrimination, rhyme judgement, category sorting and sound-letter associations are all various aspects that the apps have been carefully designed to address. Within each app, the child is taken on an adventure by the cute dinosaur, Dubdub. The range of apps include Phonics Keyboard, Rhyming Bus, Minimal Pairs and Odd One Out. To celebrate the launch of the apps, an introductory price is $3.99 for Phonics Keyboard and for Rhyming Bus, while Minimal Pairs and Odd One Out costing $4.99.

AdoreStudio has unveiled Magic Petals. It’s a free flower matching game with unique pivot action mechanics for mobile devices. Vicky, a little fairy princess, is in need of your help. In the game, you explore the flourishing gardens of PetalVille, assemble groups of three or more flowers of the same color and make them disappear from the playing field. 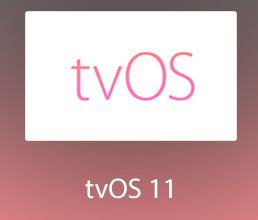