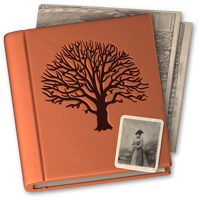 Synium Software has launched MacFamilyTree 7.6 (http://tinyurl.com/2563p63), an update to the genealogy application for OS X.

MacFamilyTree helps you collect and record facts and data about your family history and turns them into informative reports and charts. Version 7.6 offers a new source management, the person analysis report, and a new fractal ancestor chart. In addition to these new features, the upgrade also comes with other improvements.

MacFamilyTree 7.6 requires a Mac with OS X 10.7 Lion or later, though some features (for example Statistics Maps), are only available on OS X Yosemite. It’s a free update for all customers of MacFamilyTree 7 and can be downloaded or updated at the Mac App Store. For new customers MacFamilyTree 7.6 is offered with 50% and sells for just US$24.99 until Aug. 30.

There’s a mobile version of MacFamilyTree available, too. It’s called MobileFamilyTree 7 and can be purchased separately at the Apple App Store.