The growth of sensor-based data combined with advanced algorithms and artificial intelligence (AI) are enabling smart machines to make increasingly significant business decisions over which humans have decreasing control, according to Gartner, Inc. (www.gartner.com).

“As smart machines become increasingly capable, they will become viable alternatives to human workers under certain circumstances, which will lead to significant repercussions for the business and thus for CIOs,” says Stephen Prentice, vice president and Gartner Fellow. “In the 2015 Gartner CEO and business leader survey, opinions were equally divided on this issue and indicate that business leaders are starting to take notice of the advances being made and more readily acknowledge that the threat to knowledge work is real.”

Already the growing capabilities of automation and robotics have led to their increasing deployment in a wide range of industrial and business environments, which has prompted debate as to their impact on existing jobs in sectors such as manufacturing.

“As smart machines become more capable, and more affordable, they will be more widely deployed in multiple roles across many industries, replacing some human workers. This is nothing new. The deployment of new technology has eliminated millions of jobs over the course of history,” says Prentice. “At the same time, entirely new industries have been developed by those technologies, almost always creating millions of new jobs. Organizations must balance the necessity to exploit the significant advances being made in the capabilities of various smart machines with the perceived negative impact of resulting job losses.”

During the next five years, Gartner predicts that smart machines will inevitably be relied on to make more decisions that are of growing significance to the business, raising the fear that they may become “unstoppable” or run out of control.

“The fear among many individuals is that the machines will ‘take over,’ start making decisions on their own and run out of control, posing a threat to individuals, society and even humanity itself,” says Prentice. “However, within the confines of currently known technology, the idea of machines attaining some level of ‘self-awareness,’ ‘consciousness’ or ‘sentience’ is still the stuff of science fiction. Even with the coming generation of smart machines, which actively ‘learn’ and will be able to adapt their actions to optimize their progress toward a goal, humans can choose to remain in control.”

Additionally, the explosive growth of sensors, both physical and virtual, will provide smart machines with more “perception” and context of the physical world, enabling them to work more autonomously in support of business goals, leaving CIOs to highlight the risks and opportunities involved.

In the early days of computing, human operators “fed” the system with relevant data, thereby effectively controlling the machines’ knowledge of the physical world. With the increasing availability of low-cost computing devices, increased connectivity, sensor networks and the Internet of Things, computing “complexes” are now collecting data about the physical world without direct human involvement (other than the initial launch of the system and sensor devices).

The number of sensors, each collecting data in an automated fashion, is set to grow rapidly — Gartner estimates that more than 25 billion devices will be connected by 2020. It will create a massive increase in this background data collection.

“In effect, smart machines are now collecting information about practically every facet of human activity on a continual, pervasive and uncontrollable basis, with no option to ‘turn off’ the activity. The potential reputational damage arising from uncontrolled and inappropriate data collection is well-established and can be substantial,” says. Prentice. “CIOs should work hard to increase awareness of this issue inside the organization and ensure that the implications of this activity are fully understood and that appropriate controls, processes and procedures are established.” 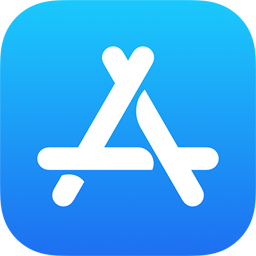