During the past few years there has been a considerable rise in malware families including POSCardStealer, Dexter, Alina, vSkimmer, ProjectHook, BlackPOS and others, many of which can be easily purchased online, adds the research group. According to the 2014 Verizon Data Breach Investigations Report (DBIR), 198 total incidents related to POS intrusions were reported. ABI Research expects the total number of POS related security incidents with confirmed data exposure will hit 600 by the end of 2015.

The most sophisticated attacks are highly targeted, deploying hard-to-detect, customized malware, and requiring substantial lateral movement within a compromised network for effective detection. Smaller businesses that don’t have dedicated information security resources to help secure their retail environments are at increased risk.

“The key advantage that NGFW provides for network segmentation is application servers and data can be designated in different segments based on their risk factors and security classifications, with access to them tightly controlled,” says Monolina Sen, ABI Research’s senior analyst in Digital Security.

In the coming years, ABI Research expects more enterprises to migrate from traditional to next-generation firewalls. 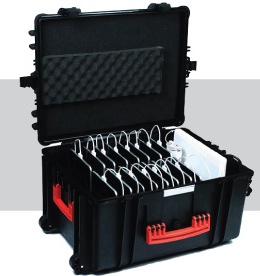