The new outlook follows two consecutive quarters of declining sales and represents a modest downward revision from the previous forecast of 234.5 million units and 2.1% year-over-year growth in 2015, notes the research group. While IDC expects overall sales to decline in 2015, some segments of the product category are poised to experience strong growth.

“We’re seeing cellular-capable tablets and 2-in-1 devices experience important growth in certain parts of the world and we think this represents a huge opportunity for the entire tablet ecosystem,” said Jean Philippe Bouchard, research director, tablets, IDC. “Those cellular-connected devices fill multiple needs for vendors and carriers around the world; they offer a quick solution to price and margin erosion, and when compared to smartphones, they offer a less expensive way for carriers to increase their subscriber base.”

Cellular-capable tablets and 2-in-1 devices still represent a small portion of the entire market but is expected to grow in 2015 and beyond. IDC forecasts that this segment will grow at a five-year compound annual growth rate (CAGR) of 5.6% compared to Wi-Fi-only devices, which will experience a negative five-year CAGR of -0.4%.

“A transition around size of the displays has also begun to take its course, with the share of small-screen tablets expected to drop from 64% of the market in 2014 to 58% in 2015, and declining to just under 50% by 2019,” says Ryan Reith, program director, Worldwide Mobile Device Trackers, IDC. “”This illustrates the direct impact phablets are having on the market, as users with larger screen smartphones have tended to have less need for a tablet with a screen size comparable to their smartphone. This also has some impact on overall average selling prices (ASPs) as larger screen devices tend to cost more.” 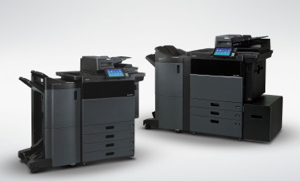