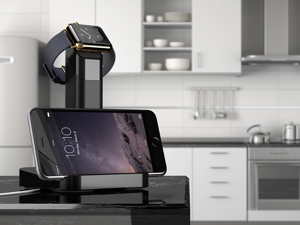 Griffin Technology has released the US$29.99 WatchStand (store.griffintechnology.com/watchstand), a dock that provides a place to charge and display the Apple Watch.

The WatchStand displays the Apple smartwatch on a sleek pedestal, and can be placed on any nightstand, tabletop or desktop for daily charging. It houses the Apple-provided magnetic charging cable in an angled cradle that keeps it ready to charge at all times.

For initial assembly, the user simply feeds the magnetic charging cable through the center of the post. To charge each day, you lay the Apple Watch against the cradle. The magnetic connector snaps itself onto the back of the watch and begins charging.

The WatchStand is compatible with all versions of the Apple Watch and holds it at an easy viewing angle as it charges. Accommodating both semi-flexible and fully flexible bands, the WatchStand displays and charges Apple Watch vertically or horizontally.

Since the Apple Watch and iPhone go hand in hand, the WatchStand’s weighted base has a home for a phone as well. The raised lip on the front of the dock holds the phone at an angle for easy viewing. The WatchStand also ports a grooved post for extra cord length to wrap around, keeping tabletops uncluttered, and the charge cable from becoming crimped or tangled. 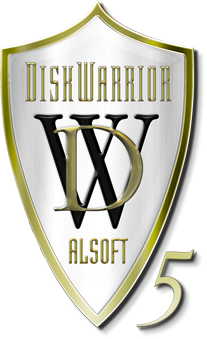