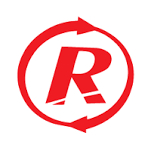 Most noteworthy in the 2015 report is the lead Amazon has claimed over the competition. With a higher reliability score than the rest of the manufacturers combined, Amazon holds the top rank. The manufacturer even surpassed well-known names in reliability like Apple and Samsung this year. Amazon’s “A+” grade is due in large part to focusing on one product: the Kindle tablets.

Still, both Samsung and Apple have impressive reliability grades of “A-” for 2015. In fact, these long time contenders for the number one spot almost tied in reliability score. Samsung managed to gain a narrow lead over Apple. The full list of rankings is explained in-depth in the 2015 Computer Reliability Report (http://tinyurl.com/pg4gs2r).

Lenovo and Asus mark the middle ground with reliability grades of “B” and “B-”, respectively. While these grades are respectable, they still have a long way to go to reach their top competitors. Toshiba often holds a spot in the middle of the rankings as well but RESCUECOM has seen a bit of an increase in Toshiba users calling for computer repair in 2015.

Dell, Toshiba, and HP form the tail end. Interestingly, Dell has managed to pull ahead of both Toshiba and HP this year. This leap in ranking is significant for Dell, which had long been alternating with HP towards the bottom of the reliability grades. Dell has a long way to go if the company hopes to reach the top of the list, but even the top names will need to work hard to maintain their current rankings.

Apple to exhibit at UK MacExpo