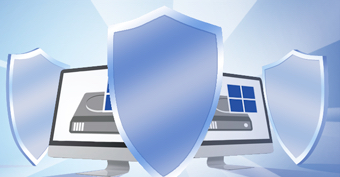 The backup tools that come with Mac OS X don’t support the Windows native file system NTFS and work on the file level only which has a negative effect on computer performance. Paragon Boot Camp Backup backs up NTFS Boot Camp partitions at the sector level.

It creates incremental chains, where each new increment describes the changes between the current state of the backup object and the previous state. This saves disk space, speeds backups, and allows recovery to a particular point in time. Features include:

° The ability to store your data in a virtual disk. You can mount this disk and access the partition data as it was at the point in time when a particular backup was made. This makes it easy to recover individual files or folders;

° Incremental imaging, which only backs up changed sectors, improving backup efficiency and reducing the disk space required by the image;

° The ability to extract files and folders from a backup image without the need for restoring an entire image;

° Windows migration – to migrate Windows OS from one Mac to another;

° Pinned archive state – to pin the archive or increment state and to be sure that you can always go back to it. This archive will never be changed or merged automatically, by Boot Camp Backup’s ability to automatically merge the oldest increment with its original archive to save space when the number of increments exceeds a user-specified limit;

° Support for Windows installed on separate disk – not just Boot Camp partitions on the startup disk;