According to the App Overlap Report Series published by the Strategy Analytics (www.strategyanalytics.com) research group, only 20% of those that use airline applications also use hotel applications leading to bifurcated trip planning.

According to the data gathered from the 1,500-plus user US AppOptix Android panel just 17% of travelers that used an airline app have also used a hotel app. The overlap between these services is considerably higher and the dynamic demonstrates a break in the experience.

Already struggling to win millennial mindshare airlines and hotels are met with two other immediate threats. Itinerary planning apps such as TripIt and Worldmate are quickly emulating many of the unique features that hotel and airline apps offer to provide the cohesive single-app experience hotel and airline apps lack.
What’s more, Google continues to release new service features that further encroach on hotel and airline app relevance. Failure to thwart these threats pose a risk to both earning loyalty and the potential revenue stream apps may offer, according to Strategy Analytics.

“There is no reason that travel companies – specifically hotels and airlines – should not be partnering to better align their mobile strategies, messaging and experiences,” says Joshua Martin, travel analytics research service director, Strategy Analytics. “Partnering will create a more cohesive experience that will limit the attractiveness for consumers of using alternative services.”

Barry Gilbert, vice president adds: “We expect industry consolidation to continue as evidenced by Expedia’s acquisition of Travelocity. We have reported on Travelocity’s struggle to remain relevant to mobile and it should be a warning that mobile is already a critical battleground for travel.” 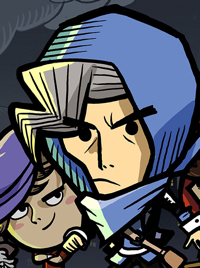