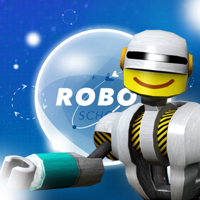 Next is Great wants to help kids learn to code. Enter Robot School (www.robotschoolapp.com), a learn-to-code app available for the Mac, iPhone, and iPad.

Education experts are putting pressure on schools and parents to introduce children to programming concepts. One of the first apps trying to get children interested in programming was Move the Turtle (released in 2012). It’s still being used by children at home and in schools today.

Now its developer, Next is Great, has a new app in the same area. Robot School is aimed at children aged seven and older and offers a child ­friendly way to learn procedures, loops and conditional instructions, while making programming fun and accessible, regardless of prior experience.

The app has 45 levels for children to work through. They unlock new powers and achievements as they go. The code created in the app can be then previewed in Apple’s Swift programming language and shared on Facebook.

The tasks in Robot School are kid ­appropriate and intuitive. And there are no in-app purchases. It’s available at the Mac App Store for US$.99 and the Apple App Store for $2.99.