ABI Research (www.abiresearch.com) forecasts smart/EMV payment card shipment levels to exceed two billion in 2014; an increase of 24.7% when compared to 2013. Of the two billion units, just over 600 million payment cards will be delivered into the Chinese market (a combination of pure payment and social cards) and 181 million units to the United States as its banks and financial institutions begin ramping up efforts in EMV issuance migration.

What’s more, contactless continues to gain market penetration, accounting for 42% of all shipments in 2014. Primarily this is driven by the Chinese market, where over 72% of all cards deployed utilize a contactless interface and countries such as Canada which has adopted a similar strategy and growth in Western Europe, says ABI Research.

“United States interface choice is of paramount interest to the leading smart card vendors, Gemalto, Oberthur Technologies, Morpho, and G&D as they look towards future strategies and regions where they can focus higher-end, higher-value proposition contactless based credentials,” says ABI Research Senior Analyst Phil Sealy. “Due to a large installed base in excess of 1 billion cards, the cost effective contact interface is proving the initial interface of choice.”

ABI Research believes that contact based cards will continue a dominate United States market presence, holding 94% share of the market in 2014, decreasing to 75% in 2019, as financial institutions attempt to justify the additional investment required. This is likely to coincide with an increase in “contactless by default” POS infrastructure, mobile payments, and convergence of added value platforms including social and/or loyalty applications.” 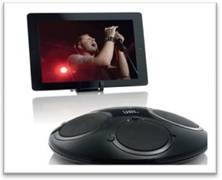