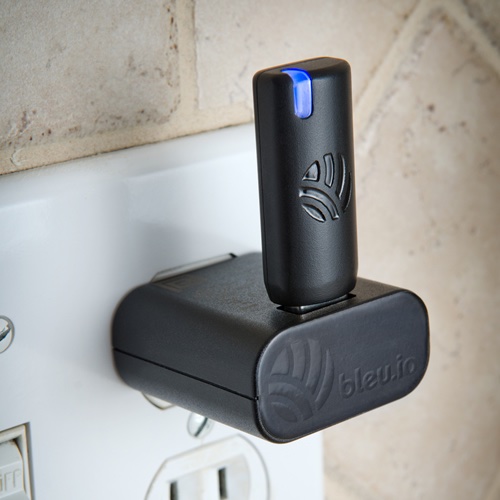 Building on the success of the Bleu Station 100, the Bleu Station 200 series features a new design for easy deployment, security and firmware updates. Bleu Station beacons are installed in thousands of locations across the US, including retail, hospitality and industrial sectors.

Beacons are small, low-energy Bluetooth devices that broadcast to nearby iOS devices according to Apple’s iBeacon standard. Firmware updates may be applied wirelessly over Bluetooth to future-proof the Bleu Station with new features and developments.

Bleu Station 200 Series offers a dual-color LED to indicate mode of operation making setup, configuration and troubleshooting. A reset button on the back of the Bleu Station restores the unit to default settings.

The Series 200 beacon also comes standard with the most advanced beacon security available. Passwords can be set per device and protected internally, preventing compromised security even if the beacon is lost or stolen. Authorized connections are fully encrypted. Once settings are saved, the Bleu Station switches to broadcast-only mode and no longer accepts incoming connections.

The Bleu Station Series 200 is fully compatible with all Twocanoes Labs location-aware apps, including Bleu Setup, Geohopper, Bleu Meetings and Bleu JSS. No third-party activation is required to make Bleu Station beacons operational. All tools for configuring and deploying beacons are provided with the Bleu Station SDK with no per-user or per-impression fees that can drive up implementation costs. Developers may use Twocanoes apps or integrate the Bleu Station SDK into their own apps to configure and quickly implement automatic beacon detection and configuration.

Mountain Lion to prowl at next MacBUS meeting