MacMate (http://www.macmate.me) has announced the addition of Time Machine backup to its cloud disk solution to enable cloud-based backup of entire Macs.

Users can use the cloud space using traditional methods and apps that support FTP, SFTP, WebDav and native AFP, allowing the customer to use the disk from a variety of their favorite apps. It’s the only cloud backup solution that allows this and brings enterprise-level offsite backup capability to consumer and small businesses, says Gary Hall, CEO of MacMate.

Time Machine allows you to select multiple disks as your backup locations and incrementally backs up changed data every hour, alternating between the disks. Traditionally these needed to be either physically connected to the Mac or as AppleShares on the network. MacMate bridges this gap by creating a mounted disk that the OS sees as a physical disk.

MacMate recommends that users have a local backup, via their iMac or Mac Mini at home – perhaps with an external hard drive or Time capsule – and use MacMate for their offsite solution. Backups are performed in the background, are secure and can be restored from the Mac OS install screen or selectively by file/folder, says Hall.

MacMate packages range from 100GB to 2TB available and the ability to have multiple Time Machine backups to one destination (for a MacBook and iMac, for example). Prices start at US$9.99 or GBP6.99 per month. MacMate also comes as a free 10GB version and a Classic package at 25GB. 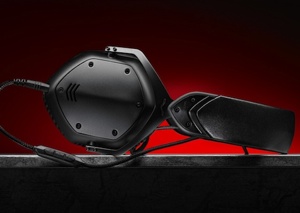