Traditionally embedded software development tools have been available exclusively for the Windows operating system and Altium has a long history in providing its TASKING cross compilers and debuggers for running on Windows, including its TASKING VX-toolset for ARM Cortex-M. With ARM Cortex-M based microcontrollers becoming popular in broad market consumer applications, especially with wearable electronics and electronic systems that can be controlled from the iPhone, it is apparent that embedded software engineers want to use the Mac as their development platform, according to Harm-Andre Verhoef, product manager TASKING.

To serve this development community, Altium has developed a native OS X port of release v5.1r1 of its TASKING VX-toolset for ARM Cortex-M, bringing its C compiler suite with Eclipse based IDE and debugger to Macs. Previously, embedded-application developers that preferred Mac computers relied on virtual machines hosting the Windows operating system within OS X in order to run an embedded cross compiler.

Verhoef says this led to an inefficient workflow and a variety of challenges, including problems connecting a debug probe reliably to the debugger running inside the virtual machine. The native port to OS X of the TASKING compiler breaks down the barriers for developing embedded applications for Mac users, while allowing them to work efficiently in their platform of choice. Cooperation with STMicroelectronics made it possible to offer in-circuit debug capabilities with the Eclipse integrated TASKING debugger, using the USB port on the Mac to connect to the ST-LINK/V2 debug probe.

Pricing starts at US$1,995 for the TASKING VX-toolset Standard Edition and USD 2,995 ($2,395) for the Premium Edition. Hardware debug support is available in the Professional and Premium Editions through the ST-LINK/V2 debug probe from STMicroelectronics. 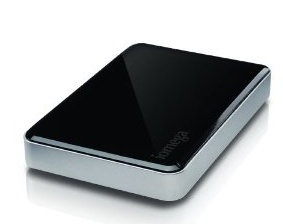 HTML and Web Plug-ins for REALbasic