In light of a lackluster recent history coupled with rampant negativity associated with any PC-related market as of late, analyst firm Jon Peddie Research (JPR) is calling Q2’14 for the workstation market just that: a breakout quarter.

Completing its survey and analysis of market results for the second quarter, JPR (http://www.jonpeddie.com) reports the workstation industry achieved record levels for both unit volume and revenue. Worldwide, the industry shipped approximately 1.05 million workstations in the second quarter, corresponding to growth of 10.8% sequentially and 11.5% year-over-year (YoY).

The welcome jump in volume shook the market loose from its recent doldrums. While results from previous quarters had clearly shown the workstation market was on a different, healthier trajectory than the related market for mainstream client PCs, the basic truth is the market had been drifting sideways for a while.

“With economic conditions more robust, and without the same threat of encroachment from tablets that has depressed PC shipments, we anticipated a meaningful thrust forward at some point,” says Alex Herrera, senior analys, JPR. “The market is performing better than it ever has likely due, in part, to the replacement cycle caused by the end of support for Windows XP.”

Market shares among the major workstation OEMs [original equipment manufacturers] once again changed little, with market leader HP’s 39.7% share identical to the prior quarter’s figure. A revitalized Dell hung onto its previous gains, adding a few tenths of a percentage point to move to 33.6%. By a relative measure, Lenovo proved to be the quarter’s winner. Though the number three vendor’s gains weren’t dramatic, rising from 12.9% to 13.7%, the latter level did mar a new high for the computer hardware giant.
AMD’s share of professional graphics hardware shipments climbs again, on the back of FirePro shipments to Apple.

Q2’14 marked the third quarter of shipments for AMD FirePro professional graphics products in Apple’s recently revamped Mac Pro, and FirePro numbers continued to climb as Apple’s premier professional platform ramped. With 74 percent of units shipped bearing its Quadro brand, Nvidia still commands the lion’s share of the market, but AMD took another few points of market share in the quarter to rise to 25%, says JPR. 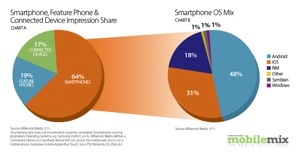