The worldwide pay-TV market continues to grow in the first quarter of 2014 (Q1 2014). According to ABI Research (www.abiresearch.com), the total pay-TV subscriber base is expected to surpass 936.4 million at the end of 2014, generating US$280.4 billion in service revenue.

“Innovative services such as Comcast’s cloud based X1 system which allows customers to store and watch TVshows on different devices has helped to reduce churn,” says Jake Saunders, vice president and practice director of core forecasting. “The North American pay-TV subscriber base is expected to reach 113.2 million in 2014.”

The World Cup is likely to contribute to higher pay-TV service revenue in 2014. ABI Research anticipates that the worldwide pay-TV subscriber base will reach 1.1 billion subscribers in 2019.

“Emerging markets such as Asia-Pacific and Latin America will have a higher growth rate than mature markets in the years to come. The global pay-TV market is expected to generate $331 billion in 2019,” says Khin Sandi Lynn, industry analyst. 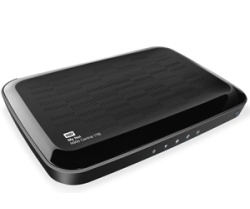 WD unveils My Net family of dual-band routers with FasTrack