Mobile apps to have significant impact on information infrastructure

With digital business blurring the line between the physical and the digital worlds, consumer-centric mobile apps are playing an important role, according to Gartner, Inc. (www.gartner.com)

“IT leaders should ensure they have infrastructure in place that takes into account data collected, not only via mobile apps, but also from apps running on wearable devices,” says Roxane Edjlali, research director at Gartner.

To date, most applications have been developed to support specific business-to-consumer interactions. For example, some use location data to offer contextually relevant information, and some also collect other information about their users — such as gender and age group — to further refine the interaction.

The line between acceptable and unacceptable use of consumer data can be very thin, and it gets even thinner as the data collected becomes more detailed and personal. For example, organizations collecting biometric data through mobile apps linked to wearable devices could be tempted to monetize this data by reselling it.

“Even if personal or biometric data is anonymous, it could have a major impact on a person’s ability to get adequate health insurance, if they are identified as belonging to a risk category,” says Edjlali. “In addition, mobile apps that use third parties for authentication deliver data on customer behavior to those third parties.”

Gartner says these risks relating to data collected from mobile apps require organizations to rethink their governance policies and adjust their information infrastructure. Such organizations should:

° Manage the persistency and perishability of data collected from mobile apps.

° Monitor access to and control of this data. It is important to ensure that personal data collected from mobile apps remains private, and that it is secured, anonymized and accessed according to the organization’s governance policies. Proper management of user agreements and opt ins are important aspects of this.

° Control the sharing and reuse of mobile app data for other purposes.
Data from mobile apps, whether deployed on the premises or in the cloud, is not currently managed as part of an organization’s information infrastructure, and data collected from mobile apps is often siloed.

“Organizations should plan to manage information across cloud and on-premises implementations, as combining all data on the premises or on a single repository is no longer viable. It is important to understand the service-level agreements (SLAs) for various use cases that access mobile app data, and adapt the information capability accordingly,” says Edjlali. 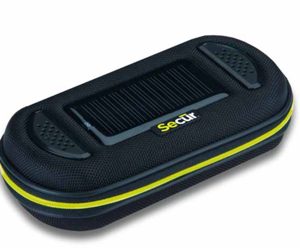