These countries are the most eager for Google’s user data 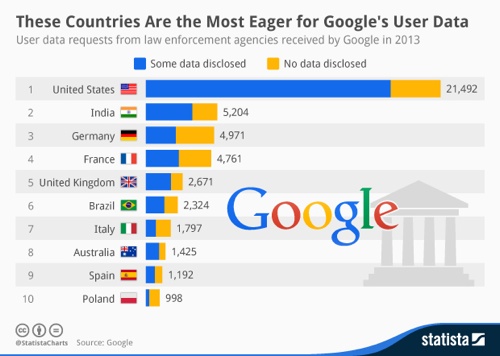 Google released its latest Transparency Report this week, in which the company discloses how many user data requests it received from law enforcement agencies around the world.

U.S. government agencies are by far the most eager for Google’s user data. In 2013, they filed 21,492 requests with Google, 83% of which the search giant at least partially complied with. Today’s chart is furnished by Statistica (http://tinyurl.com/m9qstwa).

A Sticker Situation on JoT