Is the private cloud losing steam?

It’s no longer a question of whether cloud is the right strategy, but rather how you will leverage the cloud’s abundance of resources to outpace your competition, according to a study from Cloud Connect in partnership with the Everest Group. Titled, “Cloud Adoption in the Enterprise: Distilling the Facts from Hype. The study reveals the increasing influence of the cloud on IT budgets, staff and business strategy.

“The new reality our research points to is that the modern enterprise will not be defined by public, private or hybrid but rather all of the above,” says Steve Wylie, Cloud Connect general manager. “Companies will be working within very heterogeneous cloud environments putting additional pressure on IT in dealing with these additional complexities. The Cloud Connect Summit will continue to deliver an unparalleled program each year rich in content to help IT leaders implement and evolve an effective cloud strategy.”

Here are a few highlights from the study:

Hype: The CIO role is dead.

Fact: While the CIO role and the overall IT organization have been under fire over the last couple of years as cloud has enabled people outside of the CIO/IT organization to source their own technology, more than 75% of the enterprises surveyed believe its critical for the cloud services ecosystem.

Hype: Cloud is relevant only for technology needs.

Fact: Historically, moving to the cloud has been viewed primarily as a technology cost savings – cheaper computing and storage. Today 56% of enterprises consider cloud to be a strategic business differentiator that enables operational excellence and accelerated innovation.

Fact: As the value proposition of cloud is increasingly being realized, the study found that 58% of the enterprises spend more than 10% of their annual IT budgets on cloud services.

Hype: Security concerns are a thing of the past.

Fact: Enterprises still consider better security and greater control over assets and data to be some of the most important factors in choosing a cloud solution. While this used to mean that they would automatically choose private cloud for security, this scenario is expected to change as public cloud providers are making considerable investments to strengthen their security architecture. Hybrid is expected to be the way forward.

Hype: Cloud consumption is simple. External help is not needed.

Fact: In actuality, more than 65% of enterprises believe they need help to deploy cloud solutions as most lack the internal IT skills and expertise needed. Most are likely to engage third-party service providers and so it will be important for these providers to adopt a business process approach while assisting in the cloud adoption journey.

You can read the full study here: www.everestgrp.com/ccevent . 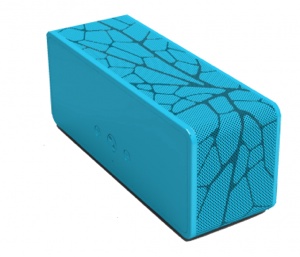