The Northern Spy: don your computers

Wearable computing technology has been the “latest” buzz longer than most ideas (indeed longer than some ideas endure from conception to death), generating endless speculation about who will bring out what product in the genre and when.

As often the case, the Spy has the inside track. Mind, he does not deal in speculation or rumour. However, he does keep his ear to the ground, his eye on the horizon, his nose to the grindstone, his hand in the industry, and his mind on the probabilities, which for simultaneity may be a literal anatomical improbability and for metaphorical use too much a melange merely to be termed “mixed.”

One new technology recently in the news was a means to read the brain’s diversified visual storage and reconstruct memories of faces–touted as useful in identifying perpetrators of crimes. Sounds quite interesting. Add this to a new manufacturing technique from I.R.C. for integrated circuits that strings out the components as hair-thin threads emanating from a flexible substrate rather than on fixed two-dimensional silicon surfaces, and to the more-than-substantial stories of research into wearables at Apple, and it is not difficult to forecast that the Spy’s long-predicted (since before 1990) PIEA (Personal Intelligence Enhancement Appliance) may soon be a reality.

For those new to the Spy’s work, and in particular those who haven’t read his “Fourth Civilization” text, or his novels in which the PIEA plays a prominent role, the basic premise was that of the Metalibrary (universal hyperlinked storage of everything informational, with devices called MTs (Metalibrary Terminals) that served for as information access, communication, computation, and reader combined as one.

The PIEA is the portable version of an MT, with glasses or an implanted eye-screen for video, ear buds or implants for audio, a throat microphone, a belt-slung tablet that a user grips with one or both hands to code text and data for addresses, queries, and texted responses, and incorporating a diamond-coated screen for times when the eye-wear was deemed inadequate. Throw in an optional neural interface and you have the ultimate in what older SF referred to as the “pocket brain”–a true intelligence enhancement appliance to which can be offloaded computational tasks better done in hardware. Isn’t it interesting the extent to which his vision has been achieved by the busy boys and girls beavering away in the basement labs of academia and corporatia over these last twenty-five years?

How does the rest of it come together in the real world as an iPIEA? Not as a mere iWatch–that would be selling the vision far short of the probabilities, let alone the possibilities that Cupertino can dream of. No, the next announced product cooked up by iTim will be the ultimate wearable, consisting of twelve components, though with some twinning, only 10 or 11 discretely different ones:

° A a pocket or pouch unit containing the basic computer. Various trade names have been bruited about, including iPhone Pro, and/or iPadTouch+, but the Spy’s dark horse favourite is iCon (iconnect). After all, the Spy, being not bound in this case by a non-disclosure agreement, can freely admit to the rumour that Apple has not as yet signed a licensing agreement with Arjay Enterprises for the rights to use the designation iPIEA–for free. Neither will he admit even to negotiations.

° One or two wrist bracelets containing a wireless connection to the above for interface purposes. Think iWatch-enhanced, as these would be flexible metal with a polished surface acting as a touch screen. Each bracelet comes in five or 7.5 centimetre widths and has an effective screen height of up to fifteen centimetres, depending on the circumference of the user’s wrist. Rotating the bracelet on the wrist provides a brand new gesture, as does moving one’s entire arm about in one of several manners. (e.g. hand in the air to ask a question of Siri, hand out sideways to generate a communications handshaking protocol, hand behind the back to request that a web site respect privacy, and so on);

° The aforementioned eyeglasses (eye implants are a later iteration), but done in Ruby “glass”, not sapphire. Interviewed earlier this week by the Spy, iTim commented “I’ve always looked at the world through rose-coloured glasses, so why change now?” A thinly deposited diamond surface as in the Spy’s first novel, “The Peace” is a bit of a technological stretch as yet;

° The likewise aforementioned throat mike and ear buds, connected wirelessly to the main machine via a very personal LAN;

° Apple will release the package with limited, pre-packaged, and non-upgradable storage in 16, 32, and 64G models only, in a variety of screen sizes from zero to 22cm, with a price point comparable to current iPhones and iPads, and in 4G and Wi-Fi-only models. The base unit will be available separately for a discount, and all current iPhone, iPad, and iPodTouch devices will be dropped from the lineup.

As AppleTV will be incorporated, that separate box may be dropped sooner rather than later. Personal proximity to one’s home theatre will be sufficient to communicate input and output over with it.

The Spy has learned that in addition to the base and enhanced configurations detailed above, two significant upgrades will be available–in case the reader’s appetite for this kind of thing is insufficiently whetstoned thus far.

First, purchasers will not be limited to the paltry memory Apple provides, as I.R.C. plans to release a wearable device with up to thousands of memory threads attached that can communicate wirelessly to the main box and serve as auxiliary memory–scaleable to multiple terabytes. These threads may be woven into shirt, socks, or slacks and fitted with a USB port so the whole thing can alternately be plugged into a computer.

This ultimate portable storage will be used for the owner’s personal data store/cache, and to protect it from would-be thieves, it will be password protected to the DNA in the user’s sweat. However, apparently some very high-forehead early alpha-testers requested another alternative, so I.R. has promised to release the wearable solid state storage also as a dyed-to-order hairpiece–guaranteed to be a real head-turner.

Second, by purchasing four slave units to the wrist bracelet–a second bracelet without a screen (software switch for lefties to reverse orientation) two likewise for the ankles, and a belt buckle of the same material, the wearer will be able, in combination with the ear buds, to listen to music in seven channel surround sound.

Bass sound? Mens’ and women’s underwear from Joe Boxer and Stanfield in various sizes, with not one, but two wireless bottom-mounted sub-woofers. Skinnier people may need padded bits. Getting the subwoofers wet voids the warrantee. And what is I.R.C? The Irreproducible Results Corporation. Have a good April first. 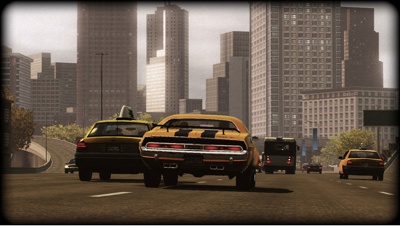