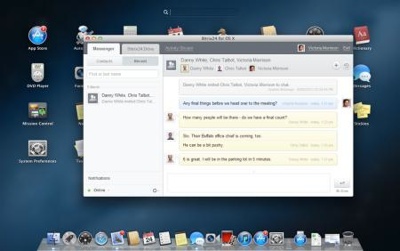 Bitrix24 has released a new desktop app for its online collaboration service, adding the ability to synchronize and work with group and company files, as well as including the activity stream and collaboration tools in the app.

In addition to sharing, editing and collaborating on documents with colleagues, the Bitrix24 desktop app makes it possible to send instant messages to co-workers, participate in group chat, make telephone calls, and hold video conferences with other Bitrix24 users.

It also includes a number of other Bitrix24 service enhancements, such as call history and bill itemization for telephony, the capability to define your own outbound phone number, a floating window for video calls in the desktop app, and a duplicates search feature in the CRM. The mobile app for Bitrix24 has been updated as well.

Bitrix24 apps are available for Mac, PC, iOS and Android devices. They can be downloaded at http://tinyurl.com/k7pcbb6 .