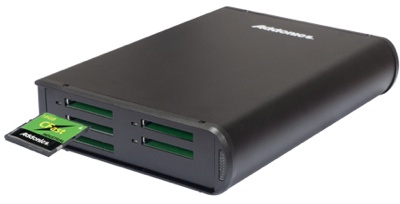 The new line lowers power consumption and improves overall system reliability for application environments with frequent shocks and vibrations because SSDs have no moving parts unlike traditional hard drives, according to the folks at Addonics. The Sapphire 5-slot CFast drive (pictured) is for CFast media. The Sapphire CF is for CF.

Both offer USB 3.0 or eSATA interfaces for creating your own SSD storage solution using commercially available CFast cards. The two models with USB 3.0 connection allow you to configure five CFast or CF cards to appear as independent drives.

The two models with eSATA connection only support connecting all five media to a single high speed 6G eSATA port. The five media appears as five individual drives or can be formed as a RAID group using the RAID utility of the OS or the attached host connector.

When connecting via eSATA, the Sapphire CFast or CF drive can be used as a bootable device. The Sapphire drives allow you to add or remove CFast cards from each slot without any special tools. These Sapphire drives are OS independent, complete plug-and-play solutions with no drivers required. 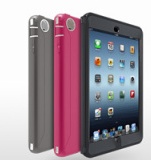 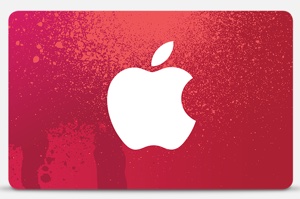