In-app mobile ad spending will reach US$16.9 billion by 2018, up from $3.5 billion last year, a new report from Juniper Research (http://www.juniperresearch.com) finds.

According to the report, growth will be driven by several key factors including improved targeting capabilities, as well as a trend for more effective interactive rich media ads to be deployed in preference to traditional static display advertising. Juniper Research says that while smartphones currently account for approximately 70% of in app ad spending, the growth in tablet users and usage would propel greater medium-term spend.

The research group says that tablet in-app ad spending would be further fueled by the fact that CPMs (cost per 1,000 impressions) are significantly higher than those for smartphones, particularly for rich media ads, which also have higher CPMs than static display ads. By 2018, the tablet/smartphone ad spending split will be almost 50/50.

Juniper Research also observed that although app downloads will increase exponentially to 2018, the majority of in-app advertising expenditure is likely to be spent on advertising with social mobile giants such as Facebook and Twitter. Nevertheless, report author Sian Rowlands remained optimistic about the opportunities for smaller developers. 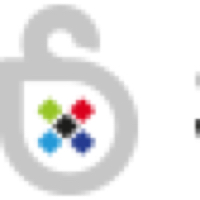