With nearly 170 million Americans using smartphones today, mobile devices are now synonymous with everyday activities such as email, web browsing and communication via texts or social media. A number of Americans are actually reaching for their phones in some of the most unexpected places and using them for more than just staying in touch while on-the-go, according to results of a new nationwide survey released by LG Electronics.

Conducted by Kelton, the “Smartphone Secrets” survey of 1,152 Americans age 18 and over found that nearly one in five would never hide the fact that they are using their mobile device, no matter where they are. Some of the most shocking and surprising places in which Americans are not afraid to whip out their smartphones include:

° Places of worship: 48% of smartphone owners confess they would be comfortable using their devices in a place of worship.

° In the bedroom: 77% of smartphone owners admit they would openly use their phones while in bed with someone else.

° On a date: 28% of smartphone owners have used their phones while on a date with a significant other.

° In the bathroom: 75%of smartphone owners wouldn’t be ashamed to use their phones in a public restroom.

° Social Saviors: More than a third (35%) of smartphone users admit to using their devices to avoid talking to someone, and 33% confess to using their phones to appear busy while alone in a restaurant or bar.

° Conversation Lifelines: 41% of smartphone users divulge that they have used their devices to research a topic to avoid not knowing it in conversation. 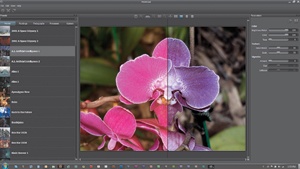