Cellular M2M device installed based to near 500 million by 2018

A new report from Juniper Research (www.juniperresearch.com) has found that the installed base of cellular M2M devices will approach 500 million modules by 2018, driven by more open M2M ecosystems and improved cloud-based APIs (application programming interfaces).

According to the report, the M2M space is seeing an increasing focus on the development of open platforms that simplify connectivity to a wide range of isolated devices through the cloud. It found that “Big Data” emerging from M2M service provision will, in time, allow for improved interrogation of M2M data, opening the door to new revenue streams for companies and M2M operators.
Towards the Internet of Things

“Mobile technologies will play an important role in the creation of the Internet of Things, particularly as mobile chipsets and modules continue to reduce in price,” says Anthony Cox, the report’s author.

Meanwhile, the report argued that new initiatives, including the use of “white space” spectrum released from the digitization of TV, will eventually create new platforms for widespread roll out, particularly in the US and the UK.

The report cautioned, however, that the prospects of M2M services in certain sectors, such as mHealth and consumer electronics, have been adversely affected by improvements in the smartphone/ app ecosystem and the increased ubiquity of the tablet.  This is allowing hub-based models to replace services that may have previously been offered by bespoke M2M devices.

Juniper also notes that M2M service provision based on 4G technology is beginning to find a market in CCTV, Mobile POS, Digital Signage, and as a backup for fixed broadband services. Telematics remains the anchor M2M industry sector as virtually all major vehicle manufacturers are now deploying or planning to deploy M2M modules in new vehicles. 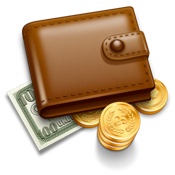