Smart machines to have deep business impact through 2020

Sixty percent of CEOs believe that the emergence of smart machines capable of absorbing millions of middle-class jobs within 15 years is a “futurist fantasy,” according to Gartner’s 2013 CEO survey. However, Gartner (www.gartner.com) predicts that smart machines will have widespread and deep business impact within only seven years through 2020.

“Most business and thought leaders underestimate the potential of smart machines to take over millions of middle-class jobs in the coming decades,” says Kenneth Brant, research director at Gartner. “Job destruction will happen at a faster pace, with machine-driven job elimination overwhelming the market’s ability to create valuable new ones.”

CIOs must change their mission to address the proliferation of smart machines in a widening range of jobs and consider the impact this trend might have on their career paths and on increasing levels of unemployment, according to Gartner’s latest “Maverick” research.

The research group says that machines are evolving from automating basic tasks to becoming advanced self-learning systems as capable as the human brain in many highly specialized professions. As such, the next wave of job losses will likely occur among highly valued specialists during the next decade. Gartner research has found that many CEOs are failing to recognize the widespread and deep business impact that smart machines will have through 2020.

“The bottom line is that many CEOs are missing what could quickly develop to be the most significant technology shift of this decade,” says Brant. “In fact, even today, there is already a multifaceted marketplace for engineering a ‘digital workforce,’ backed by major players on both the supply and demand side. This marketplace comprises intelligent agents, virtual reality assistants, expert systems and embedded software to make traditional machines ‘smart’ in a very specialized way, plus a new generation of low-cost and easy-to-train robots and purpose-built automated machines that could significantly devalue and/or displace millions of humans in the workforce.”

Gartner believes that the capability and reliability of smart machines will dramatically increase through 2020 to the point where they will have a major impact on business and IT functions. The impact will be such that firms that have not begun to develop programs and policies for a “digital workforce” by 2015 will not perform in the top quartile for productivity and operating profit margin improvement in their industry by 2020. As a direct result, the careers of CIOs who do not begin to champion digital workforce initiatives with their peers in the C-suite by 2015 will be cut short by 2023.

A number of forces are colluding to make this threat a reality, not least the fact that the technologies for building a large-scale and diverse scope of smart machines are coalescing and being tested by “first movers.” At the same time ongoing weak revenue growth in the global economy will spur demand for cost reduction and productivity improvement by employing smart machines in place of humans.

“It’s worth remembering that IT cost is typically about four percent of annual revenue, whereas the labor costs that can be rationalized by smart machines are as high as 40% of revenue in some knowledge and service industries,” says Brant. “The supply side of the market — including IBM, GE, Google, Microsoft, Apple and Amazon — is placing large bets on the success of smart machines, while the demand side includes high-profile first movers that will trigger an ‘arms race’ for acquiring and/or developing smart machines.” 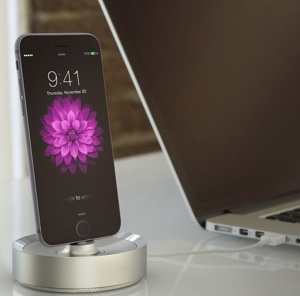 iMovie HD to be offered separately for $10? [updated]