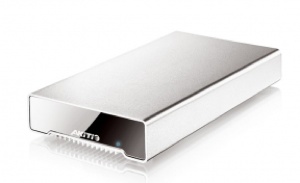 Akitio has developed its own low power, high capacity and high performance SSD’s that can be used in portable storage products, such as the Akitio Neutrino Thunderbolt Edition, says Richard Wright, director of global distribution, Akitio. The new 512GB model with a pre-installed solid-state drive (SSD) is available at a manufacturer’s suggested retail price of US$599.  The Akitio Thunderbolt series is available at Akitio.com, Amazon.com and several online and retail outlets across the world.

“Video editing and post production professionals have been clamoring for a high capacity, bus-powered Thunderbolt storage solution, and we are confident that our 512GB Neutrino Thunderbolt Edition will fulfill those needs,” says Wright.