According to a new research report by Berg Insight (www.berginsight.com), telecom operators had deployed more than seven million carrier-grade Wi-Fi access points worldwide at the end of 2012. Growing at a compound annual growth rate (CAGR) of 13.5%, the installed base is forecasted to reach 15 million units by 2018.

Making use of Wi-Fi in unlicensed spectrum is an increasingly attractive solution for mobile operators. Virtually all new smartphones now have Wi-Fi connectivity as standard and a majority of smartphone owners already use Wi-Fi at home and at work. The installed base of Wi-Fi enabled handsets is forecasted to grow from nearly 1.5 billion units at the end of 2012 to more than four billion units in 2018.

Mobile network equipment vendors and mobile operators are now quickly reversing their skepticism towards Wi-Fi as the rise in mobile data traffic necessitates investments in network capacity solutions. A number of strategies regarding Wi-Fi network deployments are possible.

Many mobile operators that own wireline network assets have already offered free Wi-Fi services to personal computer users for several years and now start to include Wi-Fi access for smartphone subscribers as well. Operators that currently lack their own Wi-Fi infrastructure can acquire capacity from existing Wi-Fi network operators and aggregators.

“The challenge for mobile operators is to integrate Wi-Fi with the mobile network in a way that enables control over the network selection and connection process,” says André Malm, senior analyst, Berg Insight. He adds that most Wi-Fi networks operate independent of mobile networks today.

The network selection and authentication process is initiated by the user directly, or by the handset based on preconfigured preferences and credentials. The seamless handover between base stations and roaming between networks in different countries that are central to the services provided by mobile networks is usually not found in Wi-Fi networks.

However, the industry is now working on the next generation of seamless carrier Wi-Fi integration. Recent standardization and certification initiatives for instance include the Wi-Fi Alliance’s Hotspot 2.0 and the Wireless Broadband Alliance Next Generation Hotspot (NGH) program focusing on Wi-Fi network discovery and selection, seamless authentication and roaming.

“These standardization and certification efforts will enable mobile operators to control where, when and how data traffic is steered between cellular and Wi-Fi networks to make more efficient use of resources and improve the user experience for subscribers,” says Malm. 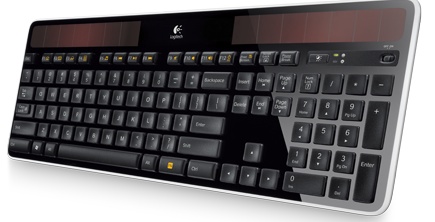