Nearly all Americans spammed with malware and viruses

Halon (www.halonsecurity.com) — which specializes in email security, routers, and load balancers — has announced the results of its U.S. survey,” Email Spam and Related User Behavior,” Conducted by market research group TNS Global, the survey discovered that 94.7% of Americans received at least one email containing a virus, spyware, or malware.

About one in eleven (8.8%) opened the attachment and infected their computer. Almost a third (30.2%) came dangerously close to doing the same, opening the email but stopping short of opening the attachment. These spam emails bogusly claim to come most often from banking institutions (15.9%), social media sites like Facebook or Twitter (15.2%), and online payment services (12.8%).

One in three Americans admits they would open an unsolicited email — even if it seems suspicious — depending on its subject line. For women, spam email messages containing invites from social networks are alluring, while men are tempted to open ones with the time-tested suggestions of money, power, and sex.

Specifically, the survey found that women are more likely to open emails from social-media related accounts (8.2% to 5.6%), but that men are nearly three times as likely to open unsolicited bulk emails that promise monetary rewards (9.4% to 3.8%) and far likelier to open emails professing to include naked photos of celebrities (2.8% to 0.6%), themselves (2.3% to 0.9%) or friends (1.1% to 0%).

“Spam email is an unfortunate fact of life in the computer age. Users have become more aware of the threats they face, but spammers have also become craftier in disguising these messages,” says Halon’s North American CEO and co-founder, Jonas Falck. “Web hosting and email service providers don’t always prevent spam email threats from being delivered, so people need to be careful when encountering suspicious emails that may hijack their computer or render it inoperable.”

People were alerted to email spam in many cases by a message’s subject line (70.5%), more than half of the time (42.9%) when the text in the subject line was in “ALL CAPS.” Other common triggers that made users aware of spam were the senders email address (67.9%), and strange formatting (62.4%) and strange language (56%). 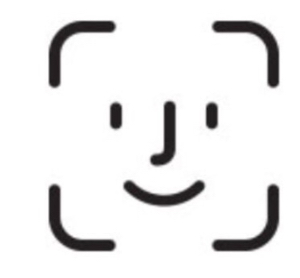