According to new data from Markets and Markets (www.marektsandmarkets.com), the government cloud market will be worth US$18.48 billion by 2018.

Government bodies — such as federal, state and local agencies — are adopting private and community clouds internally or in a group of departments. There is less traction for public and hybrid clouds. In the present scenario, the maturity of these cloud systems is not enough for adoption by the public agencies, according to Markets and Markets. It is up to the discretion of the agencies to adopt their choice of deployment models, says the research group.

Different deployment models have their unique advantages and have their negatives, as well. Overall, the implementation of government cloud will help the government agencies to achieve their mission demands, improve automation, develop core competency and adopt sustainability practices.

The public agencies and other departments work collaboratively to achieve mutual goals, including minimization of costs and improvements of services, says Markets and Markets. There is a need to overcome the arising cultural issues that are becoming substantial factors in the cloud implementations. There has to be reforms in the overall management structure of the government agencies, according to the research group.

There are numerous upcoming trends in the government cloud market, which creates enhanced opportunities for the citizens and other small departments. The collaborative and content development tools are enabling services providers to offer world-class cloud experience to the agencies. There are many tools and software applications that are entering into this market. The solutions and services are facilitating the establishment of successful infrastructure facilities for government organizations, opines Markets and Markets.

The global government cloud market is estimated to grow from US$2.87 billion in 2013 to $18.48 billion in 2018. This represents a compound annual growth rate (CAGR) of 45.1% from 2013 to 2018. In the current scenario, government organizations are seen as the major adaptor for these cloud computing technologies. 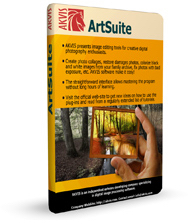