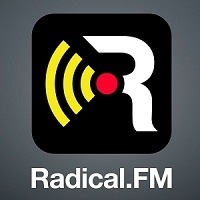 Radical.FM (http://radical.fm/) is a new music-streaming service. Launched by a Swedish start-up, it looks to offer a holistic broadcasting platform.

Radical.FM is a personal broadcasting service (TALK and RadCasting for deejays and Talk Show hosts) with curated radio (like Pandora), on-demand playlists (like Spotify) and a distribution channel for indie artists. It offers unlimited on-demand streaming with music from all major recording labels and independent artists. It’s live and ad-free, at least to all users in Sweden.

What’s more, Radical.FM offers artists the ability to upload and broadcast their own independently created material worldwide, to access each other’s live streams, and to complement their transmissions with their own live voice and video feed. Less active users can tune in to these transmissions, or simply create their own playlists and/or personal stations.

These independent radio transmissions are known as RadCasts, with Radical.FM providing every user with a complete broadcast radio station including unlimited legal content. This feature set addresses the most significant limitation of the current online radio market, catapults “old-fashioned” radio into the digital age, and makes Radical.FM the most important new player in the online music industry, according to Christian Landgren, chief technical officer of Radical.FM.

Linq lets you wear the iPod nano as a watch

iSync users can now use Nokia smartphones with iSync