Yota launched the first LTE-Advanced (LTE-A) network in Russia last October; however, with the first compatible handset, SK Telecom was the earliest to make the technology commercially available in June 2013.

Within two weeks, the South Korean operator has already claimed over 150,000 subscriptions, roughly 0.6% of its total. The United States will have at least four LTE-A networks in service by the end of this year as well. This fierce competition will see more than half of the LTE subscribers in North America using LTE-A by 2017, according to ABI Research (www.abiresearch.com).

Underpinning this rapid adoption is the upgrade of base stations to support LTE-A worldwide, which is increasing at a CAGR [compound annual growth rate] of ~200% between 2012 and 2018 to reach more than half-a-million strong.

“It’s about boosting capacity as data consumption soars,” says Ying Kang Tan, research associate. “Besides acquiring more spectrums, operators need to use the scarce resources more efficiently. Thus, despite all the clamor about a spectrum crunch, spectrum is one option — but not the only one — to enhance capacity. LTE-A provides part of the answer.”

Jake Saunders, vice president and practice director, ABI Research adds: “Nevertheless, spectrum is essential. Operators are keenly reaching out to secure whatever spectrum they can get. As a result, they are ending up with a variety of different frequency bands. This is where carrier aggregation technology becomes useful.”

While many emerging markets surprised the world with early LTE deployment, ABI Research notes that they are served by fewer LTE networks. In Middle East and Africa for instance, each market is served by an average of 1.1 LTE networks. It remains to be seen if the lack of competition will give less incentives for operators there to advance to LTE-A. 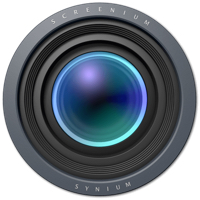