iblazr for iOS available for pre-order 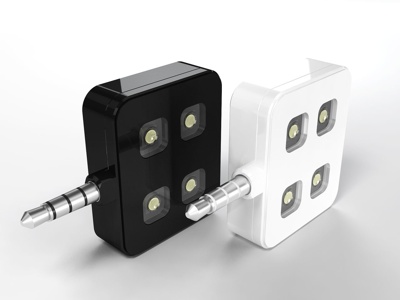 iblazr, an external flash for mobile devices, is available for pre-order and will ship in December if its Kickstarter fund-raising efforts are successful.

The tiny device uses four CREE LED lights that provide enough light for great photographs, any time of day or night, says iblazr founder Vlad Tislenko. The flash is much more powerful than any smartphone’s built-in flash, and it adds flash to devices that currently don’t have it, including the iPad and other tablets, he adds.

Additional features include a continuous light mode, changeable brightness, and a built-in, USB rechargeable battery. In addition, the iblazr team developed propriety free app to maximize the benefits of the flash. The app allows iblazr to synchronize with the device’s camera shutter, use it with both back and front cameras, and adjust the brightness of the light.

The iblazr is equipped with a built-in battery to prevent drainage of power from the device. The 200 mAh rechargeable battery purportedly lasts up to 1,000 flashes or up to 40 minutes in full power constant light mode. The battery is charged via USB port. Since the iblazr has its own battery, it can be used as a light source for macro-shots, as a backlight for a keyboard, or as a flashlight.

Currently, pledges start at US$39 for one black or white iblazr. A premium anodized aluminum iblazr, which is more powerful than the regular model in constant light mode, is available starting at $59. The different pledge levels reach to $300 for a personalized aluminum iblazr. For more information go to http://tinyurl.com/k4rwans .