LTE-capable networks will continue to mushroom around the globe through 2018. In particular, frequency-division duplex (FDD) networks will see their population coverage expanding at a compound annual growth rate (CAGR) of 33% between 2012 and 2018 to hit 57%, according to ABI Research (www.abiresearch.com).

Time-division duplex (TDD) networks will gain ground at a more rapid rate of 43% during this period but will only reach 52% population coverage due to fewer licensed markets currently, according to the research group. This overall picture is consistent with the contracts awarded to vendors thus far this year. Slightly more than half of the contracts concluded are related to LTE-FDD.

“However, LTE-TDD will start to close the gap,” says Ying Kang Tan, research associate at ABI Research. “Dual-mode device chipsets supporting both variants as well as converged FDD/TDD network solutions are already available. It’s only a matter of time before the need for more spectrum pushes an increasing number of operators to embrace both simultaneously.”

Concerning spectrum, about three-quarters of recent and upcoming auctions grant the rights to deploy 4G networks. Of these, 29% involve 2,600 MHz, 25% 800 MHz, and 22% 1,800 MHz, making these three bands the most popular.

“Currently, 1,800 MHz is the most widely used frequency band for LTE,” says Jake Saunders, vice president and practice director, ABI Research. “The rising popularity of 800 MHz, especially in Europe, will help operators save cost when fulfilling the aggressive roll-out obligation set by regulators worldwide, which is a key reason for the rapid increase in population coverage.” 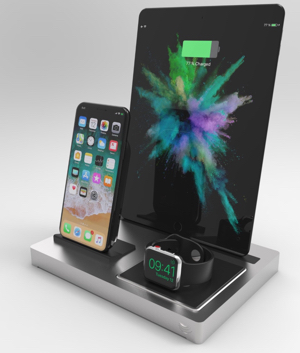 New edition of ‘If Monks Had Macs’ shipping