A sudden spate of email from last October last week should have been a clue that not all was well with the Spy’s own company virtual server, where he has most of his mail accounts and the billing system for Arjay Web Services (WebNameHost and WebNameSource). Unfortunately, he failed to investigate until the following day, after customers complained about receiving bills they had already paid, even having their accounts suspended (all they on his big dedicated production server).

A few minutes examining the server revealed it had been rolled back to October 19, 2012. Relying on the actual date and the old database, his WHMCS billing system had dispatched a flock (or is that a gaggle or a murder) of overdue notices (including two customers no longer with the company) and suspended all the accounts it deemed in arrears. Following a herd of trouble tickets, his own ticket to the Atjeu data centre yielded a “yes, we had an outage and restored all the virtual servers,” but it took another six hours for them to locate and apply a more recent backup, bringing the server up to only a couple of days old.

Meanwhile the Spy had to unsuspend the suspended accounts, send out an explanation to his customers (not all of whom got it, and still enquired), cancel the spurious invoices, and otherwise clean up the public relations mess. Abject apologies to his many customers. I can only hope it never happens again, after the stiffly worded but diplomatic note to Atjeu.

Now, stuff does happen, and this was the first catastrophe on his servers in all the years the Spy had been with Atjeu, but it would have been nice if they had told us customers what was going on. Theirs is a big DC, with thousands of servers, many virtual. When the (relatively new) manager returned the next day, he apparently did have late words with his staff. Apologies were profuse and satisfactory, but he never did discover how a six-months-old backup got restored when a two-day-old one was available.

The Spy is, as his faithful reader is well aware, a backup fanatic, moving files back and forth between home and work offices on a pocket drive (different partitions for each locale) with Time Machine operative at both ends, and another portable drive for weekly backups, plus additional backups of key current projects. He does not often lose things. And, he did have backups of both his company and personal web sites and the database for MAS (his Management, Accounting, and Support desk) run under WHMCS (recently acquired by CPanel/WHM, by the way). Thing is, since he was in the dark, he didn’t know he needed to apply the backup, which had it been done, would have prevented the mess until the whole server could be restored. Live and learn.

Apple got a speeding ticket of its own when it put the tickets for WWDC up for sale, as advertised, exactly at 2013 04 25 1000 PDT. The Spy planned to attend this time, it having been a few years, he deep in a language design project (Modula-2 R10), and expecting a new MacPro and MacOSCat 10.9 by then, but alas, he depended on last year’s eventuality, when it took two hours to sell out, so indulged a couple of minutes too long in the science faculty photocopy room. When he returned to his office and reloaded the web page at 1003, it already sported a sold out sign.

All right, WWDC is popular, it was first come first served, and the Spy missed out entirely due to his own abysmal neglect and lengthy procrastination. Good on the young developers who were fast and nimble, and better on Apple for its student scholarship program. [MODULE Grump BEGIN] But it does seem to the Spy that the tickets need to be spread around on a more equitable basis–say, limit one to an organization, some reserved for universities, perhaps a little nod to developer seniority so us old crocs with arthritic fingers have a half chance, maybe even a wee tad of preference to ink stained wretches who’ve doubled as developers, hosting and domain providers, and computing teachers lo these last three decades. [END Grump.]

Printing a few thousand more tickets is no answer, though a few people who got their carts closed before completing the purchase did get calls from Apple with fresh ticket offers. No, there just isn’t room, nor are there sufficient Apple engineers to make the event hands-on worthwhile for many more people. But something needs to change for next time. It’s all very well to sell a million iPuds in the first five milliseconds after release of the latest model, because they can always make forty million more. Not so with WWDC.

Meanwhile, the Apple printing press is busy churning out up to a hundred billion or so in debased greenback bonds to allow the company to return that much to investors by way of a share buyback. The loan is against liquid assets held overseas, parked there to await a more favourable tax regime for repatriation. Bringing back the bucks would be prohibitively costly, even if it would help Washington solve its insolvency problem by some other means than printing more money.

Does this make sense? Yes, to the Spy. Indeed it seems iCook reads this column, for the Spy suggested here some months ago that the best investment for Apple at this point would be … Apple. Indeed, no other purchase is likely to increase in value nearly as much over the medium term, and by the time the buyback is complete, Apple will no doubt still have over seventy billion in cash.

Chump change, especially after the value of the repurchased shares doubles, both for intrinsic value, and also because of coming inflation. Now, consider the subsidiary effect of, say, a subsequent ten-to-one stock split, which would broaden investor interest, increase the number of institutional buyers, and trigger a substantial further price lift. Yes, there could be method in this sanity.

However, there appears to be none in the behaviour of the stock market, in which Apple share prices (vs. Google) offer daily proof that the stereotype hardheaded and logical business/investor person is a myth, the reality instead a market ruled by wild emotional swings having no rational basis. [Disclosure: the Spy does not and never has owned any Apple stock.] Hey, how else do you explain corporations still buying obsolete cheap imitation PCs instead of the real thing?

‘Course, the average voter fares no better, routinely electing parties that are innocent of any concept of competent governance, whose members indeed seem surprised at the necessity of same once elected, the very necessity that forces them to void most of their ill-considered and unfulfillable promises once in office.

The Spy notes the case this week of the Premier of British Columbia running for an unlikely re-election, who ran a red light the other day, much to the amusement of the other three parties hoping to dismiss her, none of whom are likely to prove any more competent or successful.

Oh, and last months’ April tongue firmly out of cheek, the Spy notes a recent agreement between Apple and Radio Shack for the latter to carry more Cupertino accessories. Why not [buy the whole chain and] turn them all into Apple retailers? After all, Apple currently partners with long-term “premium retailers” who want to set up a mini-Apple store environment. It might not do to make the RS locations full blown Apple stores, as many are rather small for the full Apple experience, and it would be a shame to chop one of the few sources of components and parts, but snapping up the chain or its cooperation would expand Apple’s retail reach immensely.

On another technological front entirely, the Spy laments the difficulty in getting a good wide format only-a-printer-not-a-four-in-one. His need is to print 229 by 389 mm, a little larger than the standard 216 by 337 paper. This is in aid of resurrecting his old stamp collection, a project that requires matching paper, and may occupy ten to twelve large binders when complete. With a little positioning care, his Epson V700 can avoid gutters and scan the necessary content, but most consumer laser printers, though they can handle the length, cannot feed the width of the larger paper. He’s looking at models by HP and Epson that live in the inkjet phylum (advantage: can also print photos), and will let his readers know.

And why a single-function machine? Because he’s learned the hard way that the more functions in a box the faster something will go horribly terrible wrong with one component, requiring replacement of them all.

Did you know how hard it is to get reams of oversize paper in an acid-free archival fifty-weight quality? Try School Specialty item 053925. Not fully recommended yet, as it hasn’t arrived, but it was the only source he found at a reasonable price.

Fortunately for him and his company, Thomas Watson, the chairman of IBM in 1943 when he made this prediction, was nevertheless able to see said company successful in the very market he thought wouldn’t exist. Ditto the experience of the recently passed Margaret Thatcher, who in 1974 opined, “It will be years — not in my time — before a woman will become Prime Minister.”

Not so Canadian Pacific, which the Spy has before excoriated for its shortsightedness selling off its telecommunications arm some years back. (Disclosure: The Spy worked for same in the mid 1960s.) The buyer, Rogers, continues to make vast amounts of money in the wireless market, though boasting in its latest report that it extracts more dollars per customer than any other telco does seem like hubris.

The pitter patter of little feats goes on apace in our merry world.

Opinions expressed here are entirely the author’s own, and no endorsement is implied by any community or organization to which he may be attached. Rick Sutcliffe, (a.k.a. The Northern Spy) is professor of Computing Science and Mathematics at Canada’s Trinity Western University. He has been involved as a member or consultant with the boards of several organizations, including in the corporate sector, and participated in industry standards at the national and international level. He is a long time technology author and has written two textbooks and six+ novels, one named best ePublished SF novel for 2003. His columns have appeared in numerous magazines and newspapers (paper and online), and he’s a regular speaker at churches, schools, academic meetings, and conferences. He and his wife Joyce have lived in the Aldergrove/Bradner area of BC since 1972.

URLs for items mentioned in this column
Modula-2 R10–see the link at: http://www.modula-2.com/
School Specialty: https://store.schoolspecialty.com/OA_HTML/ibeCCtpItmDspRte.jsp?minisite=10206&item=456245 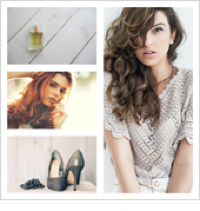 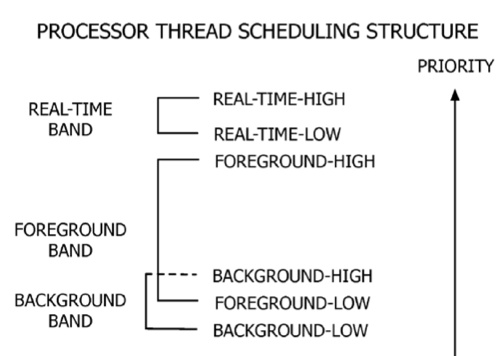