A new report from Juniper Research (www.juniperresearch.com) forecasts a rapid uptake of 4G LTE mobile broadband technology in the next two years, with the subscriber number doubling from an estimated 105 million subscribers this year to nearly 220 million in 2014.

The new report finds that, with 2012 being a breakthrough year for LTE and deployments gaining momentum, subscribers will begin to sign up for services in volume this year (2013), but will still have a very limited global reach. The emerging factor that will and is driving the consumer take-up in the forecast and beyond is the embedding of LTE technology in consumer devices.

With LTE roll-outs gaining momentum, primarily in developed markets, Juniper Research acknowledges that while migration to 4G is expected to follow an evolutionary path, there is a genuine opportunity for many operators in developing countries to completely bypass 3G and roll out 4G LTE directly.

This is especially the case in countries where spectrum has been already allotted, thereby saving cost and time. The Kenyan operator Yu recently announced that it would skip 3G and deploy LTE directly.

The new Juniper report found that TD-LTE (Time Division) will indeed play a significant role, especially in the emerging markets. FD-LTE (Frequency Division) and TD-LTE are two different standards of 4G LTE technology. TD-LTE is a cost effective 4G solution that makes efficient use of the unpaired spectrum compared to FD-LTE which requires paired spectrum. Driven by China, Japan and India, TD-LTE will see an increased network roll-out from other parts of the world. China Mobile announced a $6.7 billion investment in rolling out TD-LTE this year.

“Ultimately, using TD-LTE requires consideration of the available smartphone ecosystem and evaluation of dual-mode LTE chipsets. However, dual mode (TDD/FDD) terminals will soon become widely available and accessible for operators with TD spectrum,” says report author Nitin Bhas. “This means that device vendors including Apple will need to make versions available that work with TD-LTE if they are to increase its market share in other parts of the world such as China.”

Other findings of the Juniper Research report include:

° 4G LTE revenues are set to grow rapidly, reaching more than US$340 billion by 2017 globally.

° The vast majority of LTE revenues (almost 70%) will be generated by North American and Far Eastern & China markets.

The “4G LTE ~ Fast & Furious” whitepaper is available to download from the Juniper website together with further details of the full report. Juniper Research provides research and analytical services to the global hi-tech communications sector, providing consultancy, analyst reports and industry commentary. 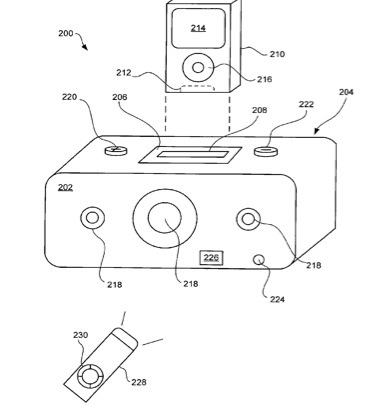 Apple working on a media delivery system with improved interaction