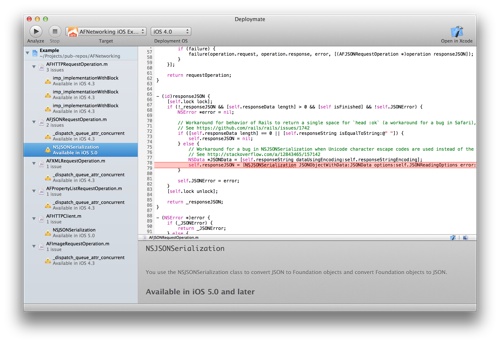 Unavailable API usage will often crash iOS and Mac apps and the only way to find these crashes was manual testing. Deploymate aims to solve this problem by statically analyzing Xcode projects and source files to find such API usage and warn the developer before it’s too late. Deploymate is available for all Macs running OS X 10.8 Mountain Lion or later for an introductory price of US$9.99 at http://tinyurl.com/c8or6h9 .

Deploymate is based on Clang/LLVM compiler and utilizes this technology to detect Cocoa and Cocoa Touch API usage in Xcode projects. With its scanner, developers can run analysis on their code and find API usage that may cause problems in their apps.