Apple has urged a federal judge to dismiss a consumer lawsuit alleging the company maintains a monopoly over iPhone applications, reports “Bloomberg” (http://tinyurl.com/b7nofad).

Attorneys who filed the suit in 2011 claim that a monopoly exists because an iPhone user who doesn’t want to pay what developers charge for applications available through Apple’s App Store can’t go anywhere else to buy them. Apple requires iPhone software developers to turn over 30% of what they charge for an application, increasing prices and excluding competitors from the iPhone “aftermarket” of applications, they claim.

As noted by “Bloomberg,” Apple doesn’t set the price for paid applications. Charging a price for distribution of a product on a new and unique platform doesn’t violate any antitrust laws, says Apple attorney Dan Wall. 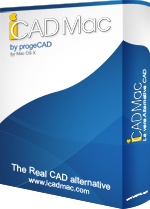