This Friday, Feb. 15, a 180,000-ton asteroid with the thrilling name of “2012 DA14” will fly past the Earth. Don’t worry, we’re not talking a “Deep Impact” scenario. Which is good, right? And you can follow the asteroid using Apple devices.

The 50-meter space rock will come within 17,200 miles of earth — that’s closer than our orbiting geosynchronous communication satellites. Although we don’t have to worry about a collision, the passage of 2012 DA14 is a record close approach to the Earth for an object of this size.

Southern Stars has released update to its SkySafari Plus and Pro apps for iOS, Mac OS X, and Android to let you track 2012 DA14. If you want to track the asteroid you’ll want the updated apps. Why? Because the Earth’s gravity affects the asteroid’s orbit so severely, most desktop planetarium programs — and all other mobile apps — will completely fail to predict the asteroid’s position correctly, says Southern Stars founder Tim DeBenedictis.

The company consulted with solar system dynamics experts at NASA’s Jet Propulsion Laboratory on the updates. With JPL’s help, SkySafari has become the first mobile app with a full-blown solar system orbit integrator built in.

“We’re not just playing back the NASA video,” DeBenedictis explains. “The iPhone is actually doing the math live in real time.”

The asteroid won’t be visible to the naked eye, but amateur astronomers with larger backyard telescopes should be able to catch a glimpse through clear, dark skies. SkySafari Plus and Pro were the first mobile apps to offer built-in telescope control, using Southern Stars’s wireless SkyFi device or via SkyWire, the first Apple-approved serial cable for iOS devices.

Amateur astronomers wanting to observe the 2012 DA14 flyby with SkySafari should consider the Pro version, because its much larger star database will make it far easier to find the faint asteroid moving across background star fields, says DeBenedictis. But either the Plus or Pro version will simulate the asteroid’s flyby accurately, as seen from any place on Earth — or look back on Earth from 2012 DA14 itself, he adds.

SkySafari 3 for iOS is a “powerful planetarium that fits in your pocket.” It puts thousands of stars and planets at your fingertips and lets you find objects in the sky using your iPhone’s built-in compass and gyroscope. It includes hundreds of astronomical images, and contains encyclopedic descriptions of the constellations, stars and planets. It comes in three versions: basic, plus and pro. With SkySafari Plus and Pro, you can leave Earth behind, and fly into orbit around other objects in the solar system.

Based on the iOS app, SkySafari’s OpenGL astronomy engine soars on the Mac. Southern Stars redesigned the software’s interface from scratch for Mac OS X, using 100% native Cocoa controls. Like the iOS version, SkySafari for Mac OS X comes in three versions — basic, plus and pro. All three include the encyclopedic content and astronomical image gallery found in our iPhone apps. SkySafari Plus and Pro let you orbit other solar system objects, and include both wired and wireless telescope control.

You can check out a YouTube video on SkySafari at http://www.youtube.com/watch?v=EOYCzfvnrbQ 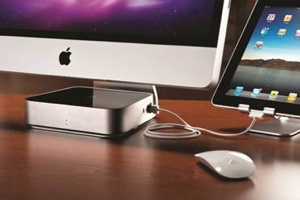