Augmented reality enhances consumer experience by enabling computer-generated content to be superimposed over a live view of the real world, presenting real world environments overlaid with virtual information. Giants such Apple, Google, HP and Microsoft see augmented reality (AR) as both a way to boost their traditional businesses and as a gateway into new markets.

At the same time innovative AR start-ups are attracting funding for both platforms and AR-driven applications aimed at specific industry sectors such as retail, education or computer gaming. Most AR applications are currently oriented towards education or entertainment. As the technology improves in terms of fault tolerance, reliability and safety, AR developments will move into industries with less predictable environments such as construction and defense.

Participants in the AR market should keep in mind that augmented reality opportunities are not in any way limited to software packages. AR will also drive demand for new types of hardware such as gesture control and especially head mounted displays.
As augmented reality continues to penetrate various technologies across a multitude of applications, new research from Global Information (GII) says that augmented reality applications are found across a wide range of industries from defense to construction. For example, polymer lens technology that gives troops “eagle eyes” on the battlefield is a perfect example of augmented reality in the defense arena.

Construction is another trending topic in AR research as construction site environments pose great challenges for AR technology due to frequent structural changes, visual blockages in simulation and other factors that make execution difficult. Very few developments have moved beyond the laboratory or ad-hoc prototype stage, says GII. For more info go to http://tinyurl.com/bxmr2hs . 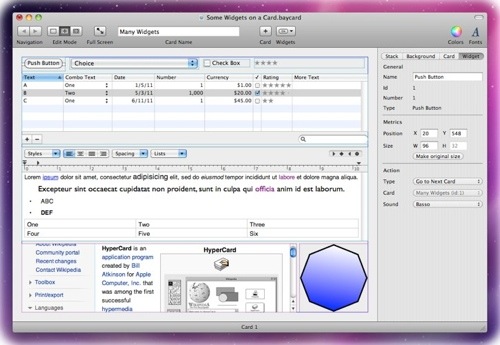